Hemostasis is the process of how the body stops bleeding from a cut or injury. This involves forming a clot to close the hole in the blood vessel and repairing the blood vessel.

When a blood vessel is injured, platelets stick together to form a plug. Proteins, called clotting factors, interact to form a fibrin mesh to hold the platelets in place. This allows the injury to heal while preventing blood from escaping the blood vessel.

Generally, control of bleeding is achieved very quickly through the formation of a clot. In major trauma or surgery, physicians often need to help patients to achieve adequate hemostasis – in order to minimize blood loss and related injury.

However, some people are born with a bleeding disorder (congenital) that impairs their ability to achieve hemostasis. An example of this is the hereditary disorder, hemophilia.

As well, some people who have never had any bleeding problems can develop a condition that causes them to bleed, known as “acquired hemophilia”.

Blood coagulation exists to halt excessive blood loss. It is paradoxical that surgery and trauma simultaneously represent major risk factors for both hemorrhagic and thrombotic complications. Kearon and Hirsh estimated that surgery and trauma increase the baseline risk of thrombosis up to a hundred-fold, whereas patients with mild hemophilia who have never bled from stresses of everyday life may bleed vigorously following surgical procedures.

Currently, hemophiliacs can and do undergo any and all surgical procedures as dictated by their medical condition. Adequate levels of their genetically absent factor allow the operator to do whatever would be done in a similar procedure in a patient without hemophilia. A notable exception includes those hemophilia patients who have or are suspected to have an inhibitor. In this clinical scenario, it is generally not advised to perform elective surgery. Consultation with a center having experience and resources to treat these patients is in order.

Prophylaxis against deep vein thrombosis (DVT) and pulmonary embolism in surgical patients is thoroughly reviewed in a 2012 consensus. In general, prophylaxis should be more aggressively used in hospitalized patients. Prophylaxis is safer and more effective than generally held while the toll of venous thromboembolism (VTE) without prophylaxis is usually significantly underestimated. The role of mechanical and similar adjuncts in prophylaxis against VTE verifies their use. Westrich demonstrated that intermittent pneumatic compression (IPC) devices in total knee replacement surgery were more effective than low molecular weight heparin (LMWH) and far more effective than aspirin alone in reducing both DVT and pulmonary embolism. However, they did notice only a 33% compliance rate with patients for whom IPC was prescribed. Others have demonstrated not only the effectiveness of IPC and similar devices but the additive effect of this mechanical methodology with pharmacologic prophylaxis. 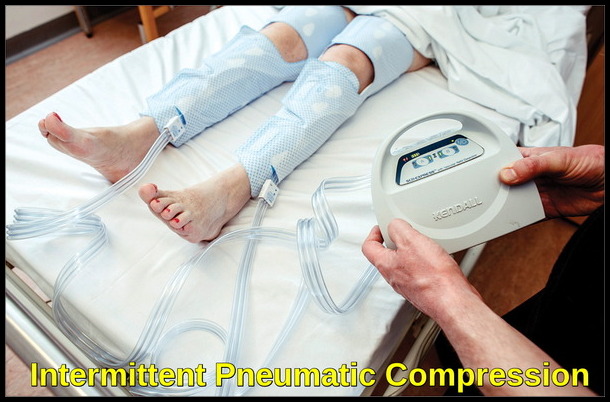 There remains a reticence on the part of some surgeons citing concern of possible additional risk for hemorrhage as a result of employing VTE prophylaxis. For many indications, IPC is probably effective. However, several analyses of VTE prophylaxis in neurosurgical patients have indicated that not only is chemical prophylaxis itself well-tolerated, but when combined with IPC, it adds to the efficacy of VTE prophylaxis either without any additional risk of hemorrhage or with such a small amount of increased risk that such risk of hemorrhage is easily absorbed by the decrease in overall morbidity and mortality from VTE. Additionally, successful employment of VTE prophylaxis avoids the concern for much higher and longer dosage of therapeutic anticoagulation should a VTE occur. 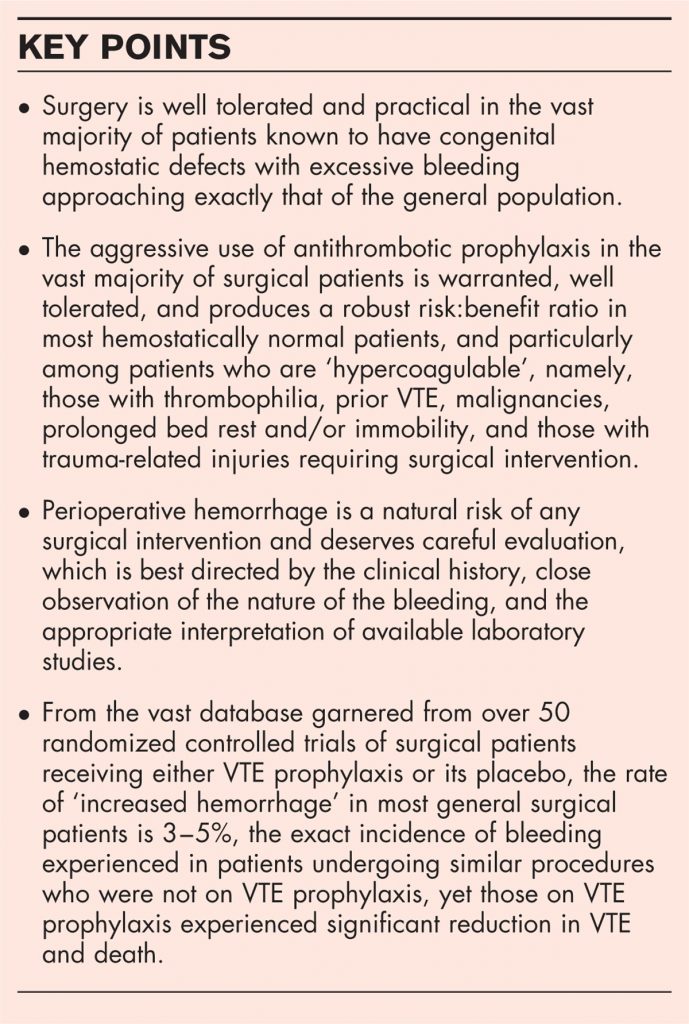