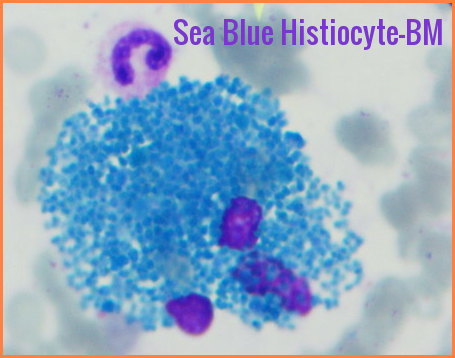 They may be found in a rare autosomal dominant condition characterized by neurological impairment and splenomegaly.

The occasional sea-blue histiocyte may be a normal finding.

Sea Blue Histiocytosis (also known as inherited lipemic splenomegaly) is an extremely rare clinical syndrome associated with hypertriglyceridemia, splenomegaly, mild thrombocytopenia and bone marrow involvement. It is one of a group of related lipid disorders caused by certain changes in the APOE gene.  Many reports using the term “syndrome” are actually reporting just a microscopic finding. 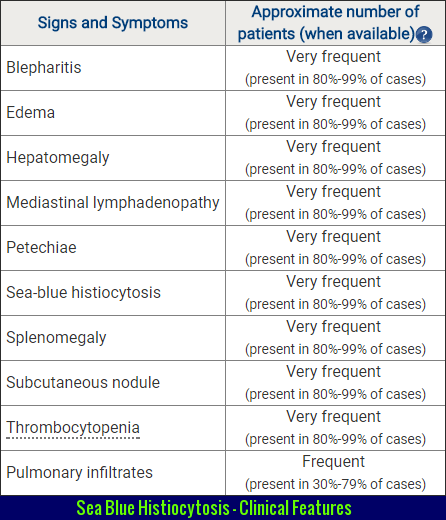 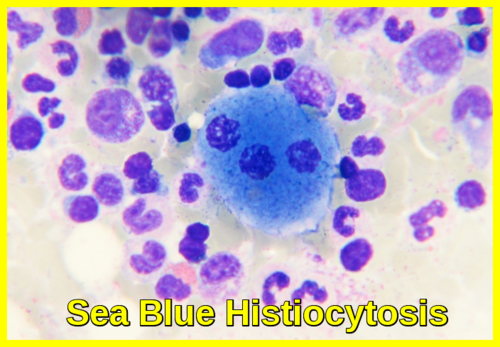 There are currently no formal treatment guidelines. Management may involve the coordinated care of several different specialists including cardiologists, gastroenterologists, and hematologists. Patients with splenomegaly should be careful to avoid contact sports. Removal of the spleen (splenectomy) has been reported to make the condition worse.