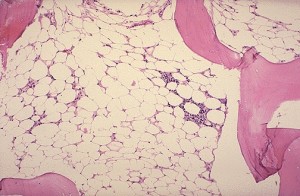 Aplastic anemia is a rare disease in which the bone marrow and the hematopoietic stem cells that reside there are damaged. This causes a deficiency of all three blood cell types (pancytopenia): red blood cells (anemia), white blood cells (leucopenia), and platelets (thrombocytopenia). Aplastic refers to the inability of the stem cells to generate mature blood cells.

The commonest of these disorders is Fanconi’s anemia. This is an autosomal recessive disease usually presenting at 4-7 years. Bony and renal abnormalities are common. The erythrocyte sedimentation rate (ESR) is usually high, the bone marrow appears megaloblastic and HbF is often high. 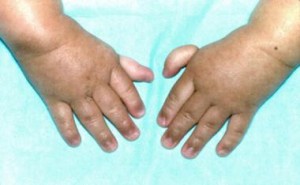 Usually due to infections e.g. parvovirus B19 and acute viral hepatitis infection but can be caused by any of the acquired causes.

The clinical presentation of patients with aplastic anemia includes symptoms related to the decrease in bone marrow production of hematopoietic cells. The onset is insidious, and the initial symptom is frequently related to anemia or bleeding, although fever or infections may be noted at presentation.

Signs and symptoms of aplastic anemia may include the following: 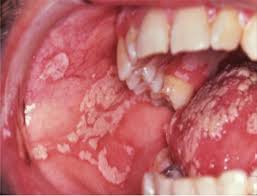 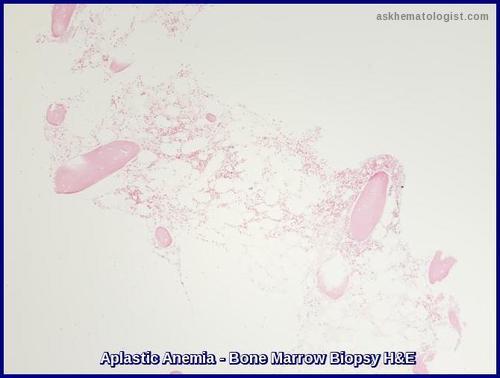 The condition needs to be differentiated from pure red cell aplasia. In aplastic anemia, the patient has pancytopenia (i.e., anemia, neutropenia, and thrombocytopenia). In contrast, pure red cell aplasia is characterized by a reduction in red cells only. The diagnosis can only be confirmed on bone marrow examination. Before this procedure is undertaken, a patient will generally have had other blood tests to find diagnostic clues, including an FBC, U&Es, liver enzymes, thyroid function tests, vitamin B12 and folate levels.

The following tests aid in determining the differential diagnosis of aplastic anemia: 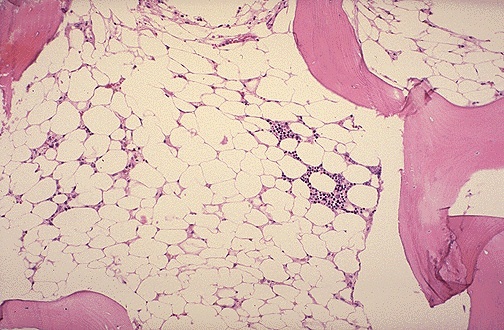