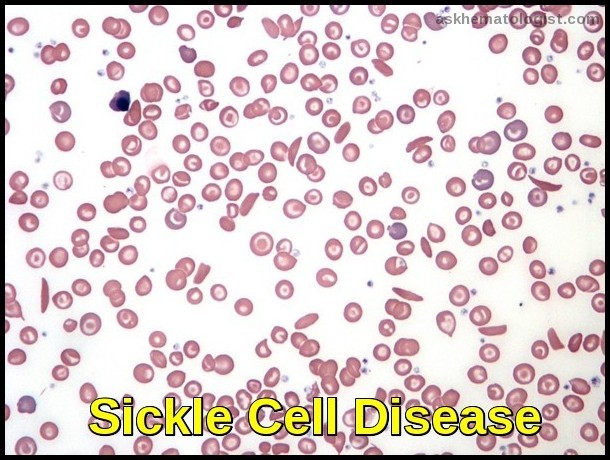 Sickle cell disease (HbS) is a severe hereditary form of anemia in which a mutated form of hemoglobin distorts the red blood cells (RBC’s) into a crescent shape at low oxygen levels.

Sickle cell disease (HbS) is commonest among those of African descent.

In this disease, a single base mutation in the β-globin gene leads to the substitution of valine for glutamine at the 6th amino acid position of the β-globin chain. High levels of deoxygenated sickle Hb form reversible fibrils leading to sickling of the red cells.

The abnormal Hb SS is prone to form tactoids with crystallization in the RBC’s when oxygen tension is low, and the RBC’s change shape to long, thin sickle cells that are “sticky” and sludge in capillaries, further decreasing blood flow and oxygen tension. The sickled RBCs tend to adhere to endothelium, and the bioavailability of endothelial nitric oxide is reduced as well, further promoting vaso-occlusion.

The heterozygous state (Sickle Cell Trait – HbAS) is usually asymptomatic, although problems may arise with anesthesia (hypoxia). People who inherit one sickle cell gene and one normal gene have sickle cell trait (SCT).

Sickle cell disease (SCD – HbSS) usually presents after 6 months of age, as HbF recedes. There are: 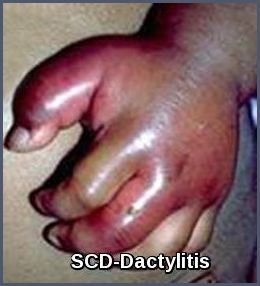 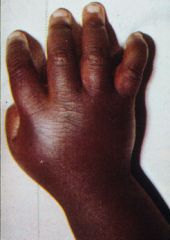 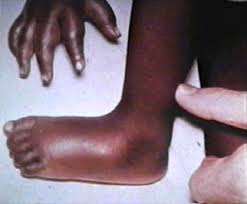 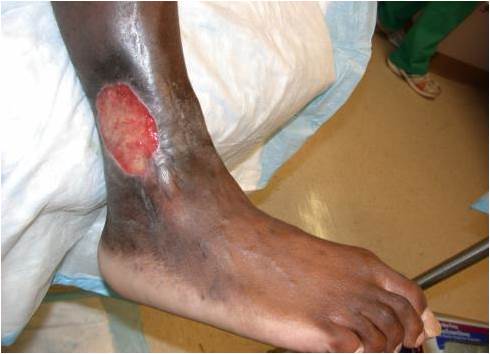 The blood appears normal in sickle cell trait, although the sickle screening test is positive.

Sickle cell disease is suggested by the typical clinical picture of chronic hemolytic anemia with reticulocytes and sickle cells on the peripheral blood film, and vaso-occlusive crisis. Electrophoresis confirms the diagnosis with the presence of homozygous HbSS (no HbA) and can also document other hemoglobinopathies (eg, HbSC, HbS-beta+ thalassemia).

Laboratory tests used in patients with SCD include the following: 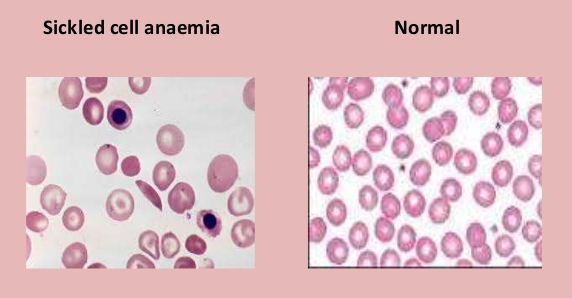 N.B. Mandatory screening for HbS at birth in the United States; prenatal testing can be obtained via chorionic villus sampling. 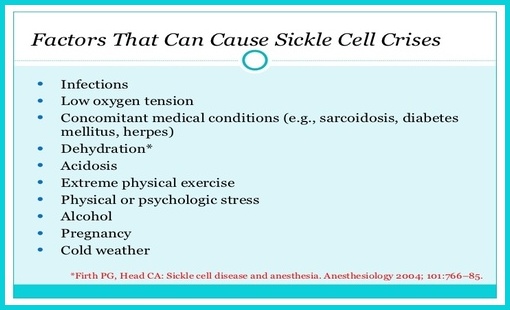 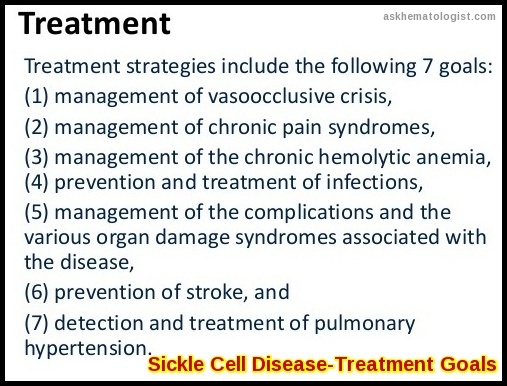 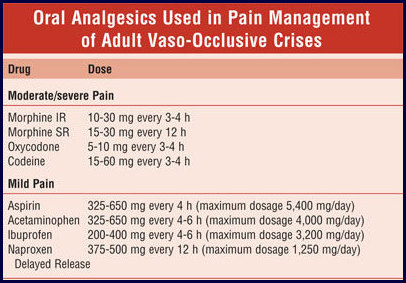 Sickling can arise when there is ‘sickle trait’ in association with β thalassemia.

Heterozygotes may have mild sickling episodes and splenomegaly. HbSC is renowned for ocular complications. 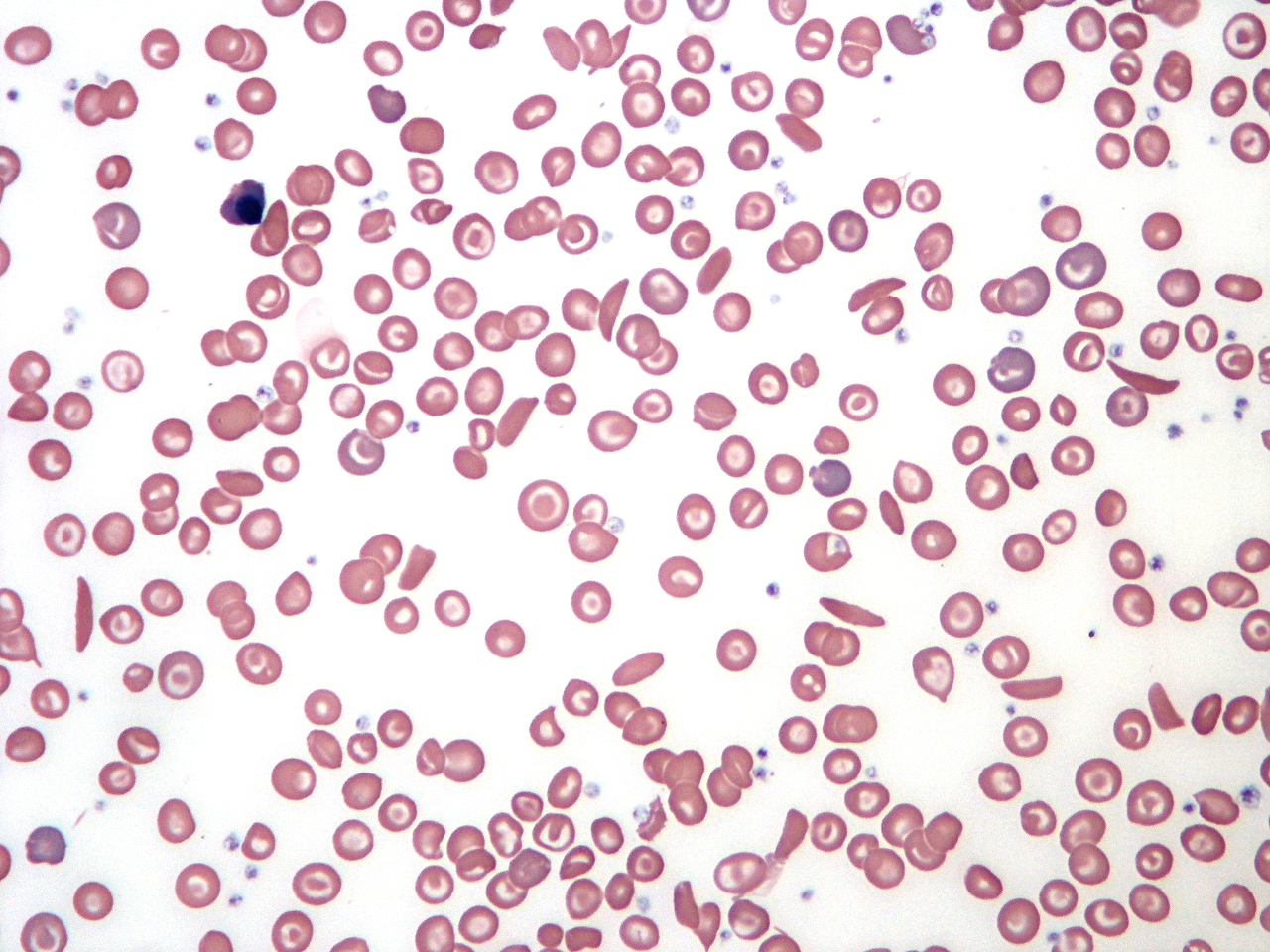