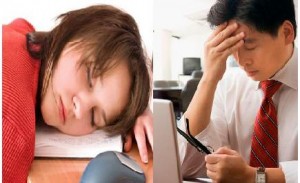 Anemia is a condition in which you don’t have enough healthy red blood cells or hemoglobin (Hb) to carry adequate oxygen to the body’s tissues.

Anemia is not a diagnosis; it is a manifestation of an underlying disorder. Thus, even mild, asymptomatic anemia should be investigated so that the primary problem can be diagnosed and treated.

When anemia comes on slowly the symptoms are often vague and may include: feeling tired, weakness, shortness of breath or a poor ability to exercise.

Anemia that comes on quickly often has greater symptoms which may include: confusion, feeling like one is going to pass out, loss of consciousness, or increased thirst.

Anemia must be significant before a person becomes noticeably pale. Additional symptoms may occur depending on the underlying cause. 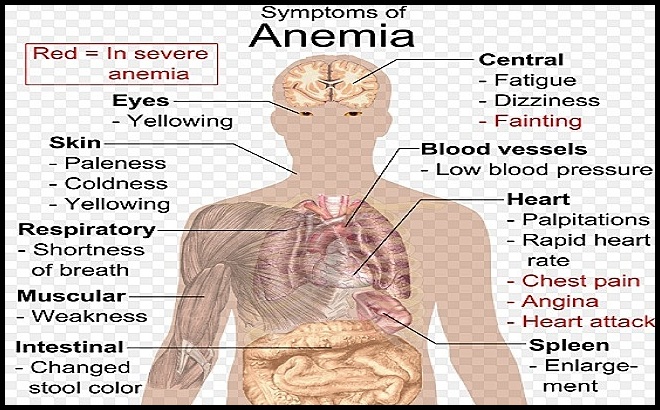 Anemia can be temporary or long term, and it can range from mild to severe. See your doctor if you suspect you have anemia because it can be a warning sign of serious illness.

Causes of blood loss include trauma, gastrointestinal bleeding, and heavy periods among others.

Causes of decreased production include iron deficiency, a lack of vitamin B12 and/or folate, thalassemia and a number of neoplasms of the bone marrow among others.

Causes of increased breakdown include a number of genetic conditions such as sickle cell anemia, infections like malaria and some autoimmune diseases among others.

It can also be classified based on the size of red blood cells and the amount of hemoglobin in each cell. If the cells are small it is microcytic anemia, if they are large it is macrocytic anemia and if they are normal sized it is normocytic anemia.

The serum iron level is low in anemias caused by iron deficiency and chronic disease but normal or elevated in those resulting from the thalassemias, hemoglobin E disorders, and lead toxicity.

Certain groups of individuals, such as pregnant women, benefit from the use of iron pills and folic acid supplements for prevention.

Dietary supplementation, without determining the specific cause, is not recommended.

The use of blood transfusions is typically based on a person’s signs and symptoms.

Erythropoiesis-stimulating medications are only recommended in those with severe chronic anemia.

Anemia is the most common disorder of the blood with it affecting about a quarter of people globally.

We will deal with each type of anemia individually in the next posts. 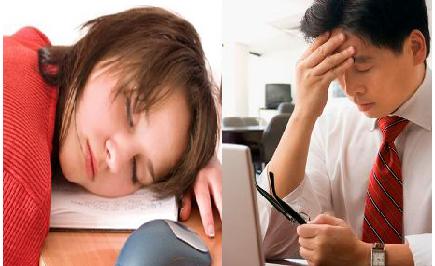