Antiphospholipid antibody syndrome (APS) is an autoimmune disorder in which patients have autoantibodies to phospholipid-bound proteins (eg, beta2-glycoprotein I, prothrombin, annexin A5). The pathophysiology is not precisely known.

Antiphospholipid Syndrome (APS) is an important recognised cause of acquired treatable thrombophilia. It is characterised by the core clinical manifestations of thrombosis in both venous and arterial circulation resulting in recurrent thrombotic events, thrombocytopenia, and in women, it can also be associated with recurrent pregnancy losses and a major cause of pregnancy morbidity. Because thrombosis in APS can occur at almost any site, it is a condition that is seen in almost all medical specialities.

APS occurs either as a primary condition or in the setting of an underlying systemic autoimmune disease, particularly systemic lupus erythematosus (SLE).

The precise mechanism of thrombosis in patients with autoantibodies to phospholipid-bound beta2-glycoprotein I is unknown. Annexin A5 may bind to phospholipid membrane constituents to prevent the cell membrane from initiating the activation of coagulation. If autoantibodies displace annexin A5, procoagulant endothelial cell surfaces may be exposed and provoke arterial or venous thromboses.

Results of in vitro clotting tests may paradoxically be prolonged because the autoantibodies to phospholipid-bound proteins interfere with coagulation factor assembly and activation on the phospholipid components added to plasma to initiate the tests. The lupus anticoagulant is an autoantibody that binds to phospholipid-bound protein complexes. It was initially recognized in patients with systemic lupus erythematosus (SLE), but these patients now account for only a minority of people with the autoantibody.

Other symptoms of venous or arterial thrombosis may also develop. Patients with autoantibodies to phospholipid-bound prothrombin may have levels of circulating prothrombin that is low enough to increase the risk of bleeding. Some patients have thrombocytopenia. 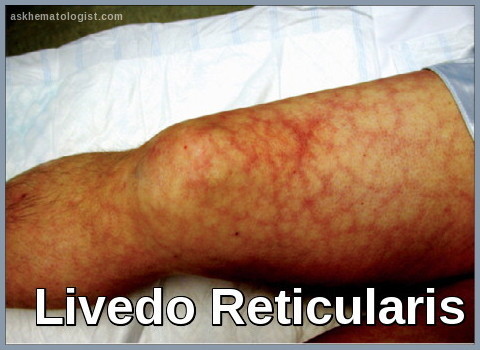 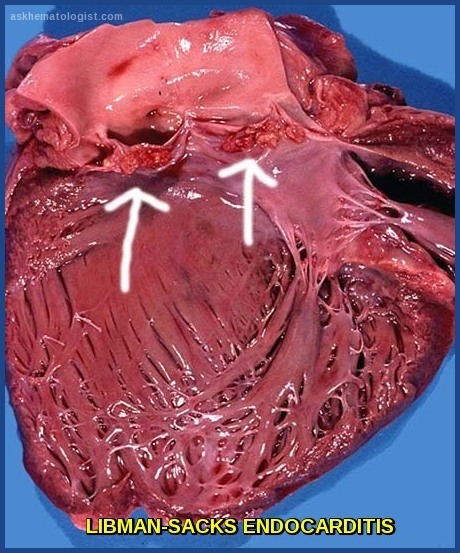 One clinical + one laboratory criterion:

Characteristic laboratory abnormalities in APS include persistently elevated levels of IgG and IgM antibodies directed against membrane anionic phospholipids or their associated plasma proteins or evidence of a circulating anticoagulant.

The confirmed presence of a repeated antiphospholipid (aPL) antibodies – at intermediate or high titres on two or more occasions, 12 weeks apart is a required criterion for the diagnosis of APS:

The lupus anticoagulant (LA) is suspected if the APTT is prolonged and does not correct immediately upon 1:1 mixing with normal plasma but does return to normal upon the addition of an excessive quantity of phospholipids (done in the clinical pathology laboratory). Antiphospholipid antibodies in patient plasma are then directly measured by immunoassays of IgG and IgM antibodies that bind to phospholipid/beta2-glycoprotein I complexes on microtiter plates.

After the first thrombotic event, patients should be placed on warfarin for life aiming to achieve an INR ranging from 2.5 to 3.5, alone or in combination with 75 mg of aspirin daily.

Pregnancy morbidity is prevented by a combination of Heparin e.g. enoxaparin with Aspirin 75 mg daily. Intravenous immunoglobulin 400 mg/kg daily for 5 days may also prevent abortions, while glucocorticoids are ineffective.

It is not yet known if the newer oral anticoagulants that inhibit either thrombin (dabigatran) or factor Xa (eg, rivaroxaban, apixaban) can be used in place of heparin or warfarin for this disorder.

Many patients with coexisting SLE are also treated with hydroxychloroquine (HCQ), which may have some benefit for patients at risk for complications of APS.

Warfarin is contraindicated in pregnancy, as it passes through the placental barrier and may cause bleeding in the fetus; warfarin use during pregnancy is commonly associated with spontaneous abortion, stillbirth, neonatal death, and preterm birth.

Omar El-Gaby, MD FRCP (2010). ‘Are there evidence-based strategies in the treatment of Antiphospholipid Syndrome in pregnancy?’ MSc dissertation in Rheumatology, Hammersmith Hospital, University of London.